With millions of business owners, webmasters and affiliates spending thousands of dollars on SEO and countless hours optimizing their websites (only to have the Google organic search results shaken up or completely whisked away due to vacillating shifts from new algorithm changes) is genuinely creating feelings of anger, frustration and disdain. 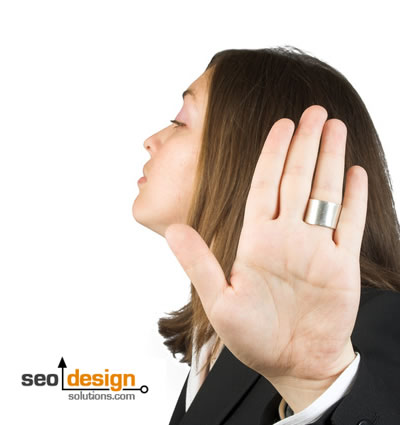 As if running a business wasn’t hard enough, business owners are now forced to deal with the rise and fall of search engine results (knowing that at any time aside from ruthless competitors targeting their most coveted positions that a new algorithm change could come along and potentially sweep all their progress under the rug) without warning.

The only solution is to either (1) conform or (2) diversify your traffic sources to become less dependent on any one source of visitors, however, most are either unwilling or unaware of their options, so they continue to run on the treadmill in hope of stability.

For large or small businesses alike faced with overhead, cash flow and competition; conforming or overly depending on any one traffic source (Google) is not a viable solution for creating long-term stability.

Faced with violent shifts in rankings and either posting record profits or losses based on where you rank is a type of traffic-dependency. That dependency can be weaned and replaced if those same business owners took their searches or paid search budget to other viable search engines and / or traffic sources to funnel traffic.

Objectively, it’s time to see things for what they really are; the fact that Google (not surprisingly) is a business model motivated by profits. Despite the “don’t be evil” motto which once brandished a blind eye from most, with recent allegations of privacy concerns, changes in Adwords policies (which left thousands banned with no explanation) and the constant organic search algorithm shuffle, at some point users will come to terms with this and act accordingly (and ignore Google).

The Pervasive Threat of Google Penalties

Recently Google informed untold numbers of webmasters that they were in violation of their terms of service for unnatural link activity. Needless to say, the fear of loss is a great motivator. When people are told to conform, most will to avoid going against the current of the status quo.

However, the audacity that webmasters should conform to a terms of service (considering they didn’t opt in in the first place) based on Google’s limitation on determining the value of the link graph (paid link, intentional link, unintentional link, etc.) is preposterous. It’s not like anyone in their index ever received a request asking if it was OK to crawl your content and include it in their index?

Does CNN, New York Times, USA today or other massive authority sites add rel=”nofollow” tags to every outbound link or risk getting deindexed? No, they do not… Then why should you have to?

The fact is that websites with that extent of authority simply don’t need Google (because they already have an established brand) and users will go directly to their website instead of using Google as an intermediary (which is essentially all they are).

And how “relevant” would Google be if a user typed in CNN in Google and couldn’t find CNN (or any large brand for that matter), which makes brands essentially immune to being banned from their search results.

Yet, for small businesses, entrepreneurs, affiliates and others forced to compete daily in search engines to funnel traffic to thrive and survive are constantly pummeled by the vague terms of service which essentially means you cannot promote your website (unless it’s done according to Google’s promotional policy).

Google’s Stance on Links is Dated

Sorry, the last time I checked links were not exclusively designed to manipulate PageRank, links are just links, the are simply how people move from page to page and website to website. Just as freedom of speech exists, the freedom to link to who you like when you like exists in the same vein.

The only difference (mind you) is intent and links are either designed to deliver visitors from Page A to Page B or to promote – it’s that simple. And people are going to promote their business by necessity in order to create a profit so, I don’t see links going away any time soon, so, Google you will simply have to adapt (and stop penalizing webmasters) or they will simply move on to other traffic funnels.

The point I am making is, if Google were losing money due to their massive operation, do you think they would have the time, energy or resources to keep “shaking things up” in the organic search results in the name of search quality?

Would they have time to ban countless advertisers (since they collectively are not worth the time to service compared to fortune 500 and up clientele)? – I think not.

With Facebook (the social giant) and Apple (the mobile giant)  both considering entering the search engine space, Google could potentially have some SERIOUS competition ahead (unlike Yahoo or Bing) and which suggests that…

1)      They will become obsolete as the preferred organic search engine and lose their monopoly (and profit).

2)      Paid search will fail to deliver (since organic search is no longer “the cats meow” for disgruntled users) and the organic traffic base will diminish.

3)      The curve will change (which is the most likely) meaning that new technologies, platforms, methods and/or solutions will emerge and people will simply move on from typing keywords in to search engines and use alternative methods such as apps, HTML5 or other alternatives to have media or commerce delivered on demand.

The cycle of emerging innovation (from BBS, to directories, to search engines) followed by user adaptation which now borders on user complacency has already reached the point of consolidation.

This implies that the cycle is ripe for change and a new potential curve (such as Apples Siri) or other alternatives to search could make the previous achievement obsolete (e.g. pagers, cassette tapes, VCR’s, the Yellow Pages).

However, at the time (back in the day) few were looking past the phase of user complacency and would still be using Pagers, cassette tapes, VCR’s, etc. if new innovations and curves had not usurped them, now making them obsolete.

While most people didn’t know (or care) what a search engine was 10 years ago, fast forward 10 years and they may not even be able to remember.

Keep in mind, the market is fickle and here today gone tomorrow can happen faster with the acceleration of communication and new emerging technologies.

The Take Away Is…

1)      The very data in Google’s index that they attempt to police and enforce does not belong to them, it belongs to those who wrote it and who are generously sharing it with the web at large. Google does not create the content their index, “YOU and others like you DO” and how you promote it is up to you.

2)      The web is bigger than Google and you decide Google’s fate every time you search on their platform or choose another search engine you cast your vote. There are thousands of traffic funnels to drive visitors to your websites aside from search engines (investigate them for viability to your business).

3)      Google telling people to jump through hoops (in fear of a ranking penalty or removal from their index) is a Pandora’s Box they should leave behind (or they might be left behind on the next emerging curve from those same banned/penalized users).

In closing, Google’s greatest fear is you not using them and while their business model is brilliant, they’re the most successful company in history to profit from (1) using content created from other websites via crawling and indexing technology (2) create a synergistic advertising model as an accessory to their organic search results and (3)  getting paid to send traffic away from their own site as an authoritative intermediary – this curve, put simply, has  its limitations, particularly, if any of the aforementioned metrics change, (such as Google having to ask permission to crawl your data).

Fortunately for us (based on previous experience), we know that consumers are fickle and at any time they could opt-out and frequent other websites which have more emotional, functional or curb appeal than Google. Google started as one website and can potentially be reduced to that if people choose not to use it.

This means you, the users hold the key to just how much power or control you wish to allow it to have over you or your business. 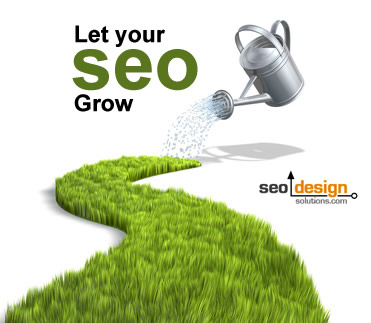 Let SEO Grow!
One of the largest setbacks during the SEO process can be from webmasters or owners inadvertently making changes to a newly optimized website or overwriting changes once they have been ...
READ MORE 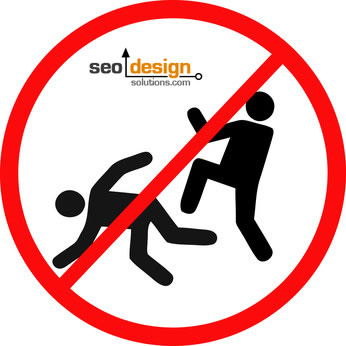 Overcoming the SEO Barrier to Entry
Websites that are adept in SEO have inherent self defense in search engines. Call it the grandfather effect, topical relevance, term frequency, link popularity, authority or whatever you like, but ...
READ MORE 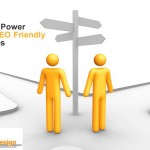 The Power of SEO Friendly Titles
The value of a great title for SEO purposes is invaluable. The title is the first thing a search engine sees to determine (what is this page about) and how ...
READ MORE

Keeping SEO Simple
There is nothing like keeping SEO simple to bring things back into a proper perspective.  The K.I.S.S. model of keeping it simple with"well you know the rest" is one point ...
READ MORE 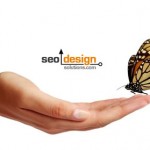 Using Server Side Includes and Alt Attributes for SEO
Today, I would like to share a powerful SEO technique (using server side includes SSI and alt attributes) to recapture a website from sagging rankings, orphaned pages, theme diffusion and ...
READ MORE

Impulse Surfing, Click Triggers and Keywords
Since no two people think or surf alike, the keywords each employ are susceptible returning search results and click triggers that can either promote impulse surfing (much like impulse shopping) ...
READ MORE 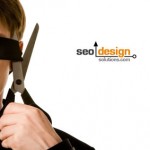 Organic SEO and Search Engine Cycles
If you plan the cycles of SEO properly, there is no reason to battle with your competition for keywords or market share. Instead, rankings and their corresponding search engine results ...
READ MORE 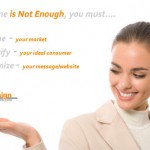 We Know, It’s Not Just About SEO
Just like a healthy diet, having a balanced array if nutritional variety serves the overall goal (which is to create holistic health for all functions of the body). Much in ...
READ MORE 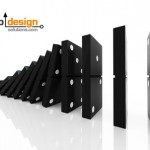 The Domino Effect: Liberation from Link Dependency
How stable are your off-page SEO efforts and how dependent is your website on other websites for rankings? Recently, Google performed an algorithmic update that functions like a chopping block ...
READ MORE 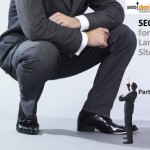 SEO for Large Websites Part I
As your website grows, your grasp and understanding of SEO should also. The tendency for search engines is, the more content you have, the more keywords and topicality can overlap ...
READ MORE
Let SEO Grow!
Overcoming the SEO Barrier to Entry
The Power of SEO Friendly Titles
Keeping SEO Simple
Using Server Side Includes and Alt Attributes for
Impulse Surfing, Click Triggers and Keywords
Organic SEO and Search Engine Cycles
We Know, It’s Not Just About SEO
The Domino Effect: Liberation from Link Dependency
SEO for Large Websites Part I 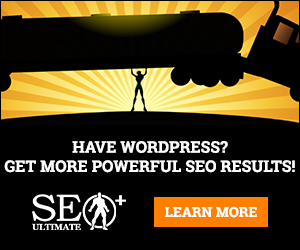